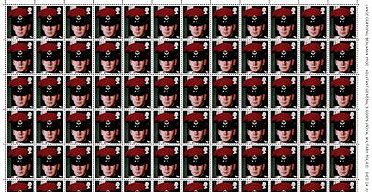 BRITAINâ€™S official war artist is to ask the prime minister to intervene after the Royal Mail refused to issue stamps commemorating British soldiers killed in Iraq.

Steve McQueen, a Turner prize winner, offered his portraits of more than 100 dead troops – commissioned by the Imperial War Museum to form a record of the conflict – for use on the stamps. He was backed by most of the families of the soldiers.

However, he was rebuffed for reasons that he described last night as â€œrubbishâ€. The Royal Mail claimed it normally took two or three years to produce a range of stamps. But McQueen has pointed to the fact that it took only two months to produce an issue featuring Diana, Princess of Wales after her death.